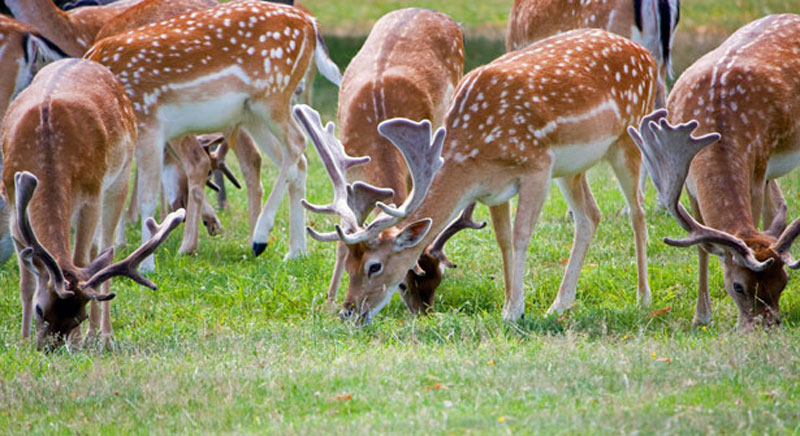 In the UK we have six species of deer

Deer inhabit all areas of the UK mainland; some species are more prolific in certain areas and not others. Throughout Dorset and Hampshire we commonly come across most of the larger species like red, sika, roe and fallow, however the muntjac and Chinese water deer are rarely seen locally, they tend to be further north and cover much of the UK these two non indigenous species originated in this country from the Duke of Bedford’s Woburn estate.

Why Control and Manage Deer?

There are many valid reasons to control and manage deer

All of our staff involved in the control of deer are professional deer stalkers and have a great understanding of the species and the countryside habitats in which they are found. To qualify they must hold DSC level 1 as a minimum requirement and demonstrate knowledge and skills in the following areas.

Deer are protected under the:

We offer deterrent methods where applicable such as deer proofing, electric fencing and exclusion
fencing for the residential customer.

Contact us if you have a deer problem and require a free survey and quotation to control and manage your deer problems professionally, humanely and legally
Tel: 01202-604011 or 07968 052219 email or quick contact.